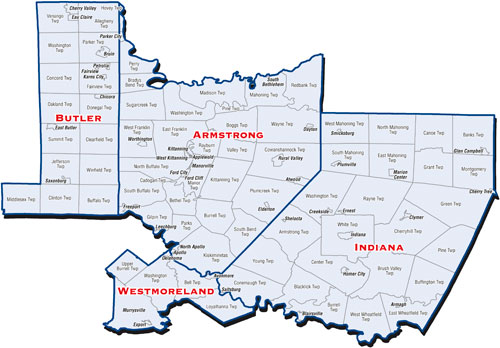 All of ARMSTRONG County; Part of BUTLER County consisting of the TOWNSHIPS of Allegheny, Buffalo, Clearfield, Clinton, Concord, Donegal, Fairview, Jefferson, Middlesex, Oakland, Parker, Summit, Venango, Washington and Winfield and the BOROUGHS of Bruin, Cherry Valley, Chicora, East Butler, Eau Claire,  Fairview, Karns City, Petrolia and Saxonburg; All of INDIANA County and Part of WESTMORELAND County consisting of the TOWNSHIPS of Bell, Loyalhanna, Upper Burrell and Washington and the BOROUGHS of  Avonmore, Export, Murrysville and Oklahoma.

Beginning on December 1, 2022, current residents of the 41st Senatorial District will see changes in representation as a result of the state’s redistricting process. 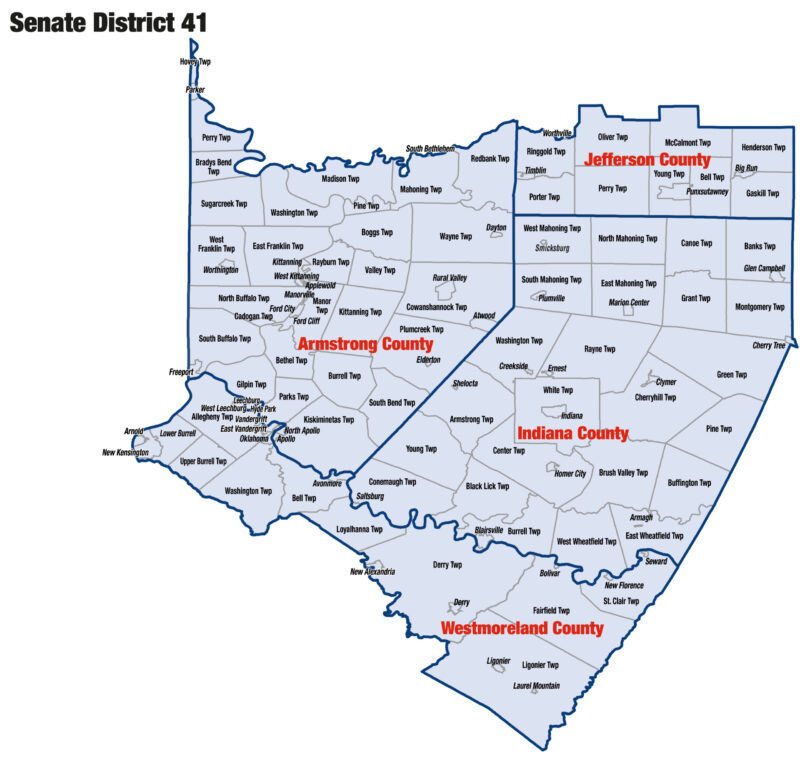 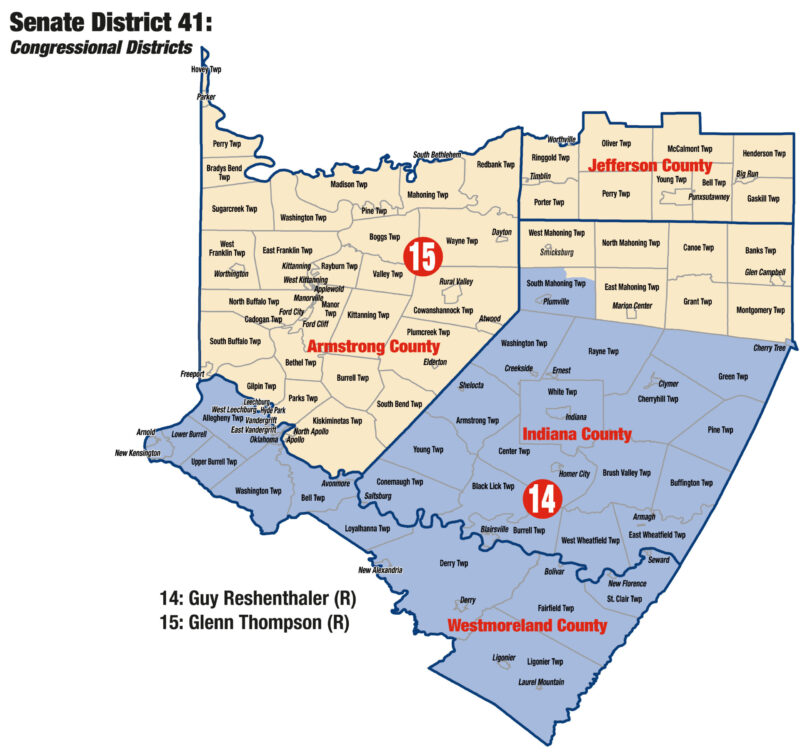 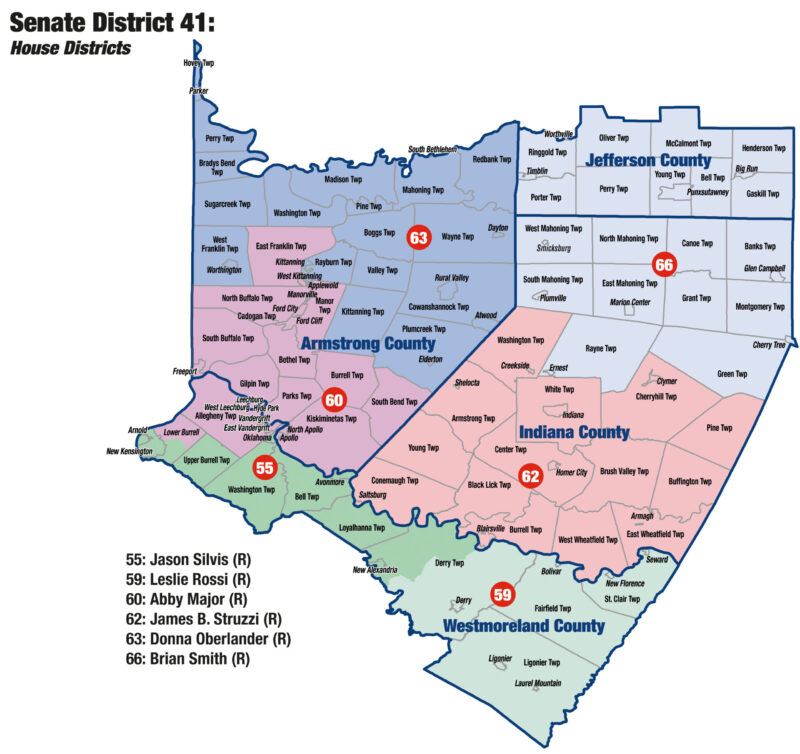 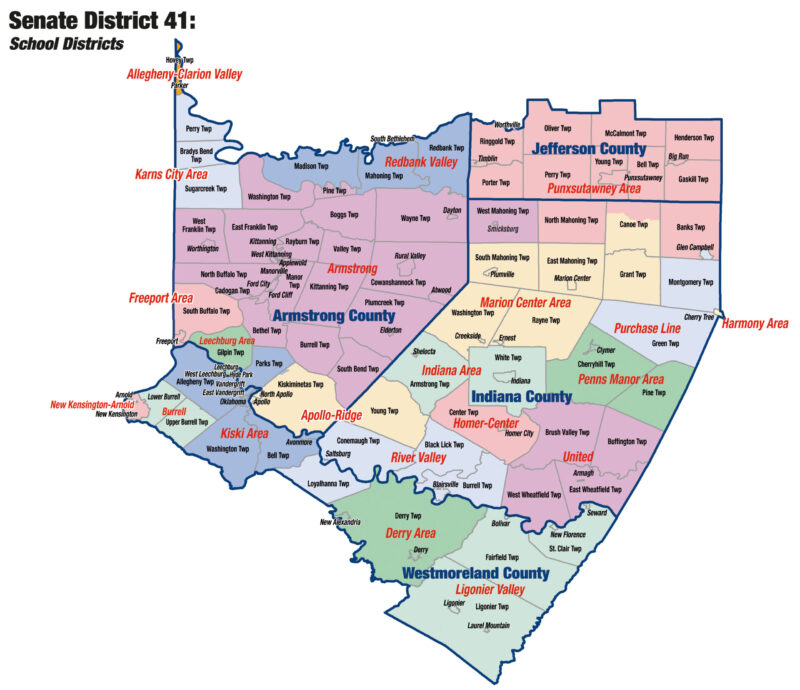 The new district lines will be used in all forthcoming elections for the General Assembly until the next reapportionment, which means that the legislative districts covered by this office will be changing with the 2022 elections.